It’s the penultimate entry in our blog series ‘7 emerging trends that are changing finance’. This week we take a look at Evolving Regulations and how digital technology is reshaping the modern retail experience.

Previous Posts on 7 emerging trends that are changing finance:

Evolving regulations have proven to be a large challenge for finance professionals, creating political uncertainty, compliance issues, skill gaps, and legal woes. Additionally, they can also create a large financial burden for businesses. A 2014 study by CEI42 found that regulation compliance cost American businesses $1.86 trillion in 2013, more than the worlds 10th largest economy. From Rev Rec to internal controls to managing local laws as businesses move abroad, finance leaders are tasked with managing these changes.

On December 15, 2016, the new revenue recognition rules will be in effect for most public entities. These new rules, created by the FASB and IASB, are attempting to simplify and clarify the rules by which revenue is reported by breaking it down into a five step model. The steps are largely focused around defining a contract and identifying the point at which goods are exchanged. While meant to be easier, these new simplified rules are complicating things for some businesses, particularly for businesses with complex contracts — those that include pricing protection rebates — and for emerging business models, like SaaS businesses where “transfer of control” of goods is not as clear as it may be with selling software via a download.

Beyond revenue recognition itself, the new Rev Rec rules will also have an impact on other areas of business, from how revenue-based triggered compensation, like sales commissions and bonuses, are calculated, how taxable revenue is calculated, how financial performance is evaluated for companies seeking loans, and in the short-term, how finance departments manage data aggregation, analysis, and financial reporting as they begin to implement the new standard.

With the Sarbanes-Oxley Act of 2002, CFOs became personally responsible and liable for their company’s financial reporting. Consequently, the perceived importance of internal compliance and fraud prevention has grown significantly; however, even in the post-SOX world, compliance remains a gray area for businesses. In a 2012 study on financial reporting by teams at Emory and Duke University, CFOs felt that while half of reported earnings were driven by non-discretionary factors, the remaining 50% could be “massaged,” or were governed by rules that are up for interpretation. Additionally, the study concluded that at any given time, roughly 20% of public firms are deliberately misrepresenting economic performance by an average of 10% of earnings per share.

To help combat compliance issues, companies have increased spending on ethics and compliance programs A 2014 study by LRN placed the average cost per employee at $99.76. This is an increase of 127% since 2010. For small companies with fewer than 2,500 employees, the cost was almost double, $195 per employee. Large firms with over 50,000 employees spend only $22 per employee. Industry played a large role in the cost. Highly regulated industries, such as health care and energy, averaged E&C cost per employee of around $130. CEB’s RiskClarity report suggested similar increases in spend and training but concluded that the despite the increase, the levels of observed misconduct remained constant at around 14%. And in a 2012 study by Labaton Sucharow, 30% of financial services professionals reported felt pressure to violate laws or ethical standards because of their compensation or bonus structure, a concerning statistic.

To help provide guidance on internal controls, organizations like The Committee of Sponsoring Organizations of the Treadway Commission, or COSO, provide thought leadership and frameworks on corporate governance, business ethics, internal control, enterprise risk management, fraud, and financial reporting. Since its establishment, COSO has published three different frameworks to provide guidance to businesses.

When the original COSO framework was released in 1992, the business world was a very different place. There was no large scale cloud computing, no social media, and Enron was a booming company. Today, technology has transformed business practices, opening the door to new types of financial and non-financial risk for businesses. An increasing number of companies now have operations in multiple countries, adding new levels of complexity to taxation and accounting rules. COSO’s recent updates were designed to reflect a business environment that has greatly evolved over the past 20 years. While there are many benefits to following the COSO frameworks, including reduced risk and costs, there is no legal requirement to implement them. In a 2014 survey by Protiviti, 61% of organizations said they planned to use the new Integrated Framework to guide their SOX documentation, while 19% said they would not, and 20% were unsure.

Ultimately, compliance is not something you do but rather something you are. Compliance needs to be a part of your company’s DNA, the baseline expectation, not the outlier response to an event, and this culture of compliance needs to start with the CFO and other senior executives. While organizations like COSO are working to set improved, modernized standards for internal controls to thwart deception, it cannot prevent self-deception. CFOs should take an honest look at how they view compliance and how this view is permeated throughout the culture of their organization. When the CFO puts compliance first, the organization will follow.

As more businesses become global enterprises, their finance organizations must contend with a wide array of local laws that regulate how finances are reported how businesses must be structured, and how lawsuits are handled. Additionally, becoming a multi-national organization may also change the rules and standards an organization must adhere to in their home country.

Local legal regulations can be a challenging area for finance professionals to navigate, as many of our existing regulations fail to appreciate the complex nature of modern technology. Laws originally written to govern radio broadcasting are now being applied to Internet usage, which is beginning to look like a mistake. This is currently being playing out as the U.S. Supreme Court tries to establish a precedent in how lines are draw around free speech, harassment, and social media. Several businesses have found themselves in hot water after developing social media policies that restricted things like publicly bashing executives, but was later deemed a violation of First Amendment rights by the courts. As legislators and industry organizations work to update the laws and policies that govern finance and technology, employers should tread carefully along these blurry lines, especially in highly regulated industries like finance and healthcare.

Join us next week for the final installment in our series ‘7 emerging trends that are changing finance’: CFOs in the spotlight. 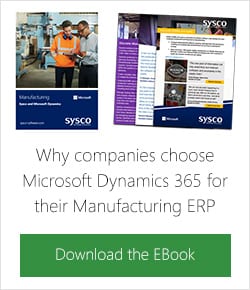 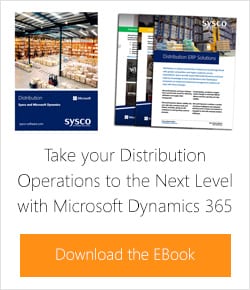